What's on your mind?

I was wondering if anyone knew or could find out. What kind of guitar is in the scenes with the Elvis skeleton? Looks to be a Epiphone Sheridan 2. Can you confirm?

I hope that this post doesn't end up being confusing, but it's been a while since I've edited much here, but since other properties whose Wikis I edit have slowed down, I'd like to devote more time here to help prepare for Rogue City and RoboCop Returns, (if the latter ever actually happens).

Now, all except the remake continuity star the original incarnation of RoboCop, but because some contradict other RoboCop releases (such as the original animated series' version of Clarence), they've been separated into different continuities. On the other hand, I'm not certain that the live-action series, Prime Directives, the comics, or 2003 game have enough diversions (or any at all, I haven't seen all of the TV series, read all of the comics, or played the game) to relegate them to their own continuities. So, I'm thinking that perhaps we should consolidate the articles down to the OG version of RoboCop and the remake RoboCop, and somehow acknowledge any continuity errors within the articles. I feel this may be easier than my original intent for separate continuities, especially since there is no officially-established canon. If RoboCop Returns happens, we'll figure out how to accommodate its continuity, since it's explicitly supposed to create a new timeline, as it is supposed to ignore everything but RC1.

Thoughts, anyone? If this thread doesn't any traction, I'll start consolidating things down soon, though I'm open to discussion if anyone wants to keep the articles for separate timelines. 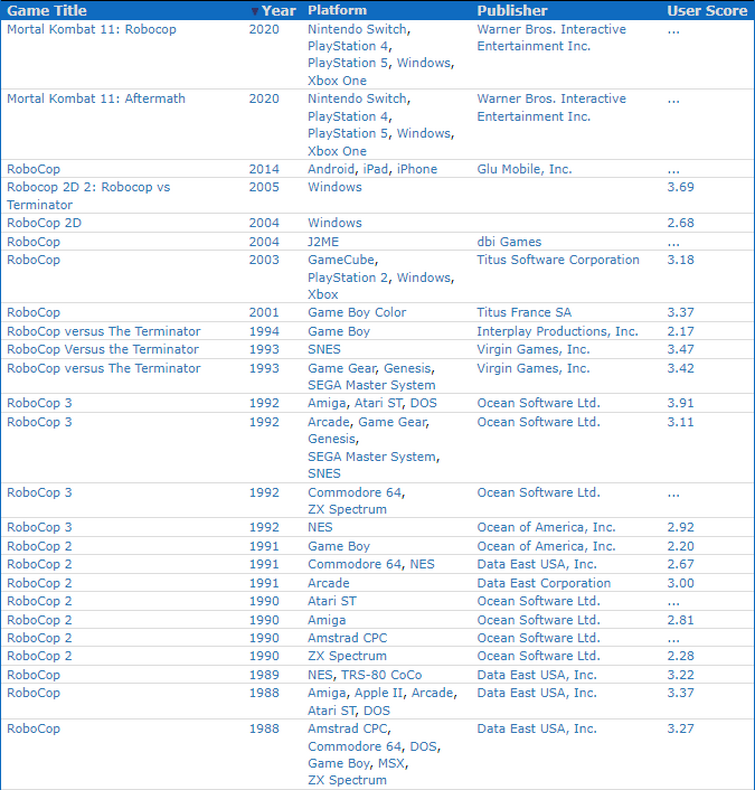 Never would think that there would exist that many Robocop games on so many platforms, despite the fact that there are 12 games only if we count them roughly.https://www.mobygames.com/game-group/robocop-games 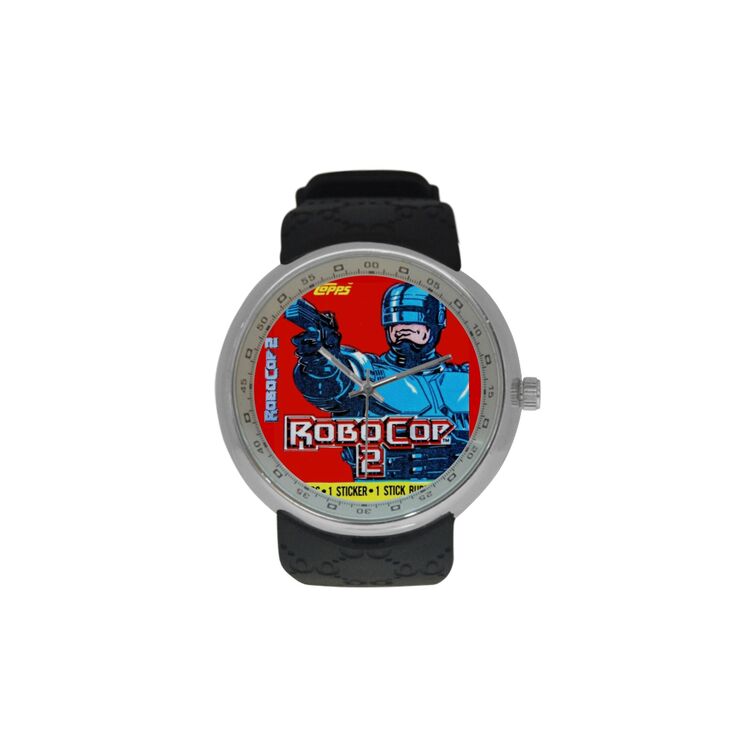 Along with another of Ronald Kaufman, who was caught a year before the movie came out. BANK BOMB SUSPECT FROM `70S ARRESTED - Chicago Tribune

The developers of Terminator: Resistance have announced they're making a RoboCop game! I actually enjoyed Resistance, so I'm looking forward to this one.

RoboCop’s getting a new video gamePolygon 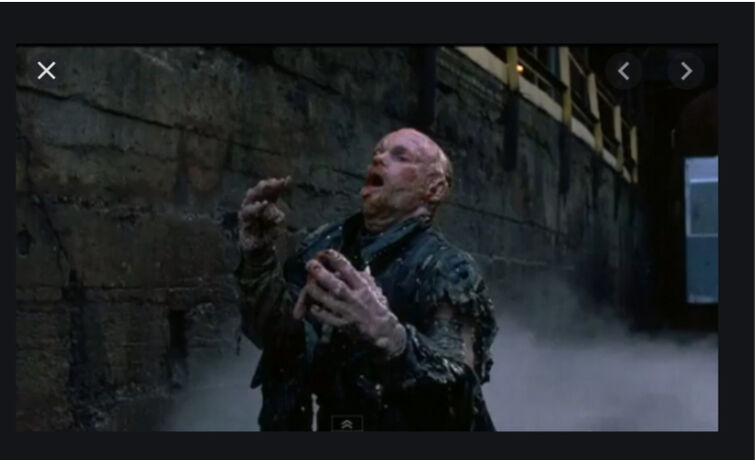 Cain is TOUGH! Do you have to grab him and rip his brain out like in the movie, or just be patient and keep firing:

The last several month's have not been good years to be a cop. After Floyd, Cops have never been seen in more negative lights. The Police department is being pressured to be defunded, and some even think that cops should be replaced with social workers, blaming corporations for creating street thugs. Cop media has also suffered. Cop shows have been cancelled, and even Paw Patrol got hit by this, because parents wanted Chase to be written out of the show because he's a police dog. And that's for preschoolers.

Well, as a Minnesotan, and a Liberal(hate me if you want), I actually think that this is no better time to keep making that upcoming Robocop sequel. I even give the first movie kudos for having the main villain be a rich corporate executive instead of a street thug. But I'm also a pragmatist. I know that crime is merely a byproduct of society, no matter what form it takes. I do know that not all crooks are bad people, and some are driven by poverty and desperation. I also don't think we should get rid of cops, just limit their power and give them knew training. Train them to treat each incident differently, use diplomacy, and only resort to arresting when there's no other option.

Robocop needs to show this as well. A lot of people hated the 2014 film for no gory violence, but that's not what makes Robocop great. To me, Robocop is the story of a cop who's lost nearly everything, and his attempts to keep all that's left of his humanity. Murphy is still in there, he still has feelings, and one could even argue he still has a soul. The gory violence is just for add on.

So here's what I'd do if I was the writer for the sequel.

Call me a snowflake if you want, but these little details could do wonders in today's world.

What happened to Lt. Hedgecock, after Anne Lewis saved RoboCop from being destroyed by him? Did he was branded as an outcast?

I'm not really sure what to think, myself.

His name is John Reed. That was the name he had in the script, novel and film Robocop in 1987. Murphy mistakenly calls him "Warren" in the second film because he is confused by his reprogramming. IT IS A JOKE!

There are so many Robocop movies and programs that, by the 1990s (in the real world), the timelines jump back and forth. The stories aren't even necessarily in the same universe, but here is an attempt to create a linear chronology (the year in parentheses is the year the film/show was released):

A question is where Robocop Returns will fall in the chronology. It is supposed to take place about 25 years after Robocop so that places it between Prime Directives and Alpha Commando, I guess?

This is the place to talk about your favorite topic, to share news, theories, ideas, and to connect with others.

To learn more about what you can do here, check out community.wikia.com/wiki/Help:Discussions

If you're an admin on this community, read more about how you can customize your Discussions and set up guidelines for contributors: community.wikia.com/wiki/Help:Admin_and_Moderator_Tools_in_Discussions